I had an I2C CFA634 come across the bench, so decided to connect it using I2C to a Seeeduino v4.2 (basically an Arduino UNO compatible, but it can be switched to 3.3v).

Here is a shot of test setup running the bar graph demo: 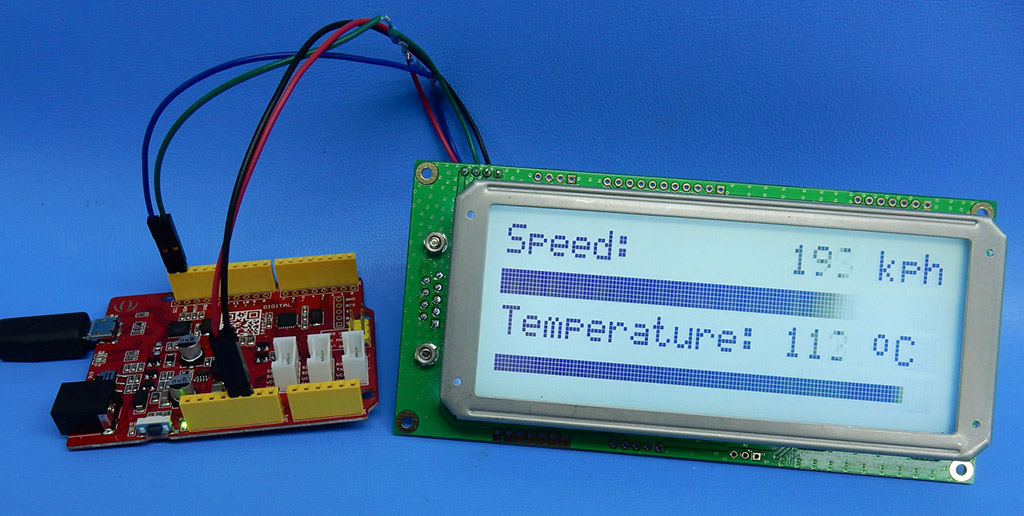 You can see a video of it running the demo here:

On the Seeeduino side, you simply need to grab +5v, GND, SDA (I2C Serial DAta) and SCL (I2C Serial CLock). We used a few wire jumpers out of a WR-JMP-Y40 and standard male-to-male headers to make the connection: 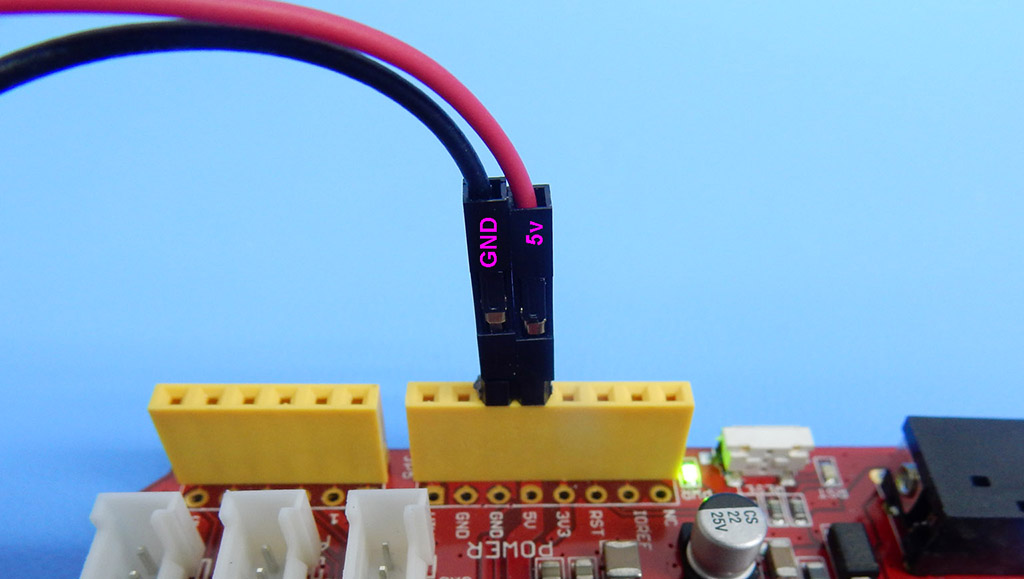 On the I2C LCD side, all the connections are made to the CFA634's 4-pin I2C connector (ref:

CFA634 I2C datasheet). The jumpers push on directly with no fuss:

The I2C spec requires that you have pull-ups. I hacked a couple of 4.99K resistors I had on hand inline to keep it simple (if a bit ugly):

Now you are ready to connect your PC's USB cable to the Arduino. Since the LCD gets its power from the Arduino, the LCD will instantly power up and show its boot screen.

On the software side of things, we have a sample CFA-634 I2C project for the Seeduino or Arduino: I2C_634_Test.ino

The project will run a couple of simple demos. Here is a picture of the scrolling menu demo: 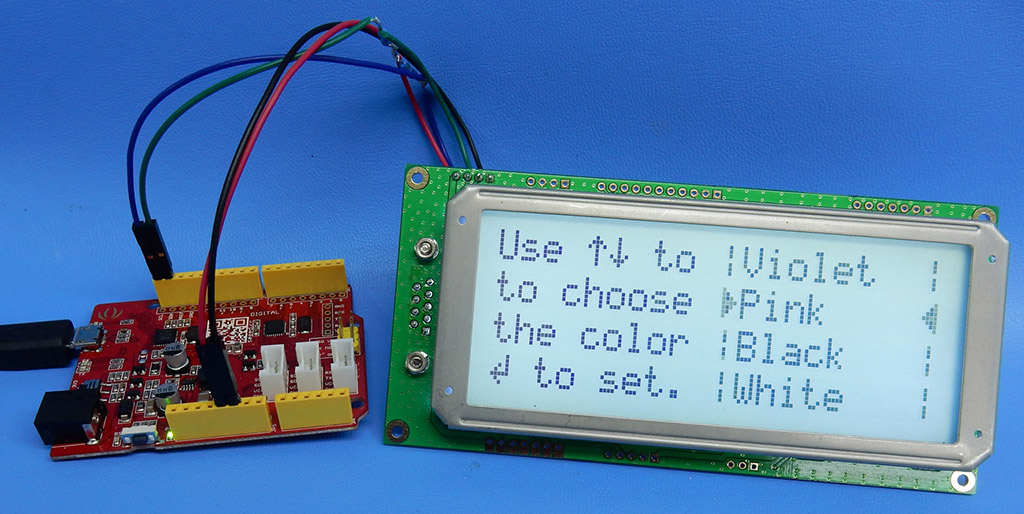 The menu demo code also demonstrates how to have an array of variable length strings and their index in flash, and then send those out to the LCD -- fun PROGMEM stuff.

Please feel free to reply to this post or let us know if you have any questions about the hardware, connections or software.
Crystalfontz LCD Blog
Looking for additional LCD resources? Check out our LCD blog for the latest developments in LCD technology.